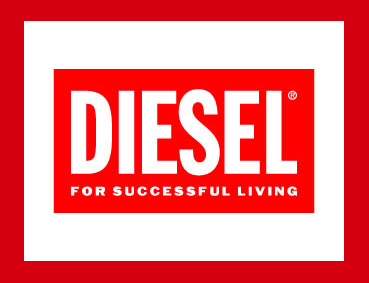 The company was founded by Renzo Rosso in 1978. Diesel's milestone years include 1985, 1988 the hiring straight out of fashion college of ex-head designer and Creative Director Wilbert Das, 1991 (beginning of the international marketing strategy) and 1996 (opening of Diesel's first flagship store on New York City's Lexington Avenue).

Renzo said that they learnt marketing from the US, creativity from Italy and systems from Germany.[1]

In February 2007, the company launched a major intimates and beachwear division for men and women that is carried in the retail and department stores. Diesel Black Gold was announced in November 2007. The company has around 2,200 employees in 18 subsidiaries across Europe, Asia and the Americas.

Its products are available in 5000 retail outlets, of which 300 are Diesel-branded stores. Annual sales were approximately €1.2 billion in 2005, and €1.3 billion in 2009. Revenue is largely derived from denim sales, but also extremely successful and influential ranges of accessories and children's wear - Diesel Kid.