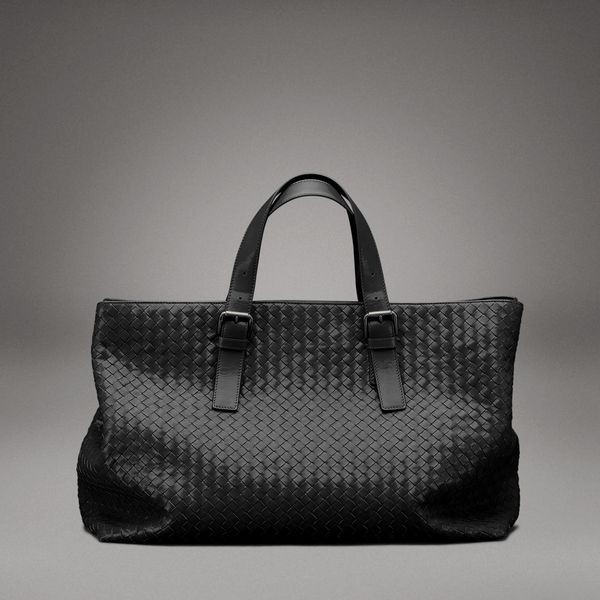 Bottega Veneta is born in 1966 in Vicenza, the two founders were Michele Taddei and Renzo Zengiaro. The name Bottega Veneta means “Venetian atelier” and the company began to produce artisanal leather goods. The company’s artisans developed a unique leather-weaving technique called intrecciato that remains a signature of the brand. The company achieved great success the due to the quality of its craftsmanship and the appeal of its disceet no-logo design. In the 70s the company started its advertisements under the slogan: “When your own initials are enough”. In the 80s the company reached international success and in this period Andy Warhol made a short film about the label. In the beginning of the 80s the two founders left Bottega Veneta.

Urged by declining incomes and sales in the 1990s Bottega Veneta abandoned its understated ethos and ventured into more trend-driven fashion territory. In 2001 the company was acquired by Gucci Group and a new chapter in the story of the brand began.

The new creative director Tomas Maier returned the brand to its original identity. He removed visible logos from the brand’s products, highlighted the signature intrecciato weave prominently, and returned the company’s focus to artisanal production. In 2005 was born the first women's ready-to-wear line and one year later also the men's collection was presented. In the years the label produced not only handbags, shoes, small leather goods, luggage, home items, and gifts but introduced also fine jewelry, eyewear, home fragrance, and furniture.