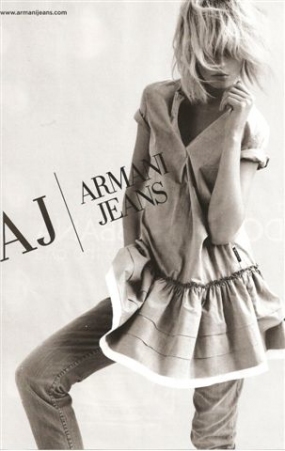 Giorgio Armani is a world renowned Italian fashion designer. In 1974 he created and released his first menswear collection and in the following year he also launched the women swear line. He combined thinner lapels with baggier pockets and longer jackets.

To capture the younger market, Armani opened a line of stores called Emporio, first in Italy, then in the United States. These boutiques debuted in 1981 to offer quality designs for slimmer pocketbooks.